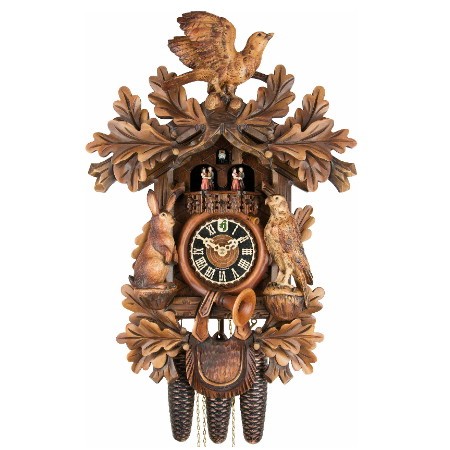 In the year 1750, the Cuckoo Clock was first designed and invented in a small snow-covered village called Schönwald.

This took place in the depths of the Black Forest in Germany. They reproduced the Cuckoo-song from the Forest, which also means good luck for the person who hears it, by the clever use of bellows producing two different notes.  The first clock made in the Black Forest dates back as far as 1640. The clocks were sold in summer all over Europe by Clock Peddlars wearing their traditional smocks carrying the clocks in large racks on their back.  Today the wood carvings are still handmade by skilled Masters of the trade as they were almost 300 years ago.

The history of the cuckoo clock goes back to the early 17th century where it was believed to be very good luck to hear the cuckoo bird singing in the forest. So much so, that if one heard the cuckoo call, they would take their wallets out of their pockets and shake them above their heads. The farmers in the Black Forest (South West Germany) used logs to build the clock which housed the lucky call of the Cuckoo bird; and so the cuckoo clock was born! Centuries Later, the famous cuckoo clock is still very popular gracing the homes of countless countries around the globe for its beauty and good luck.

The distinctive cuckoo bird call comes from the 2 bellows within the clock, each featuring a specific tone to make the 2 tone bird call.

There are many distinguishing features of cuckoo clocks.  The first being the difference between a mechanical or quartz cuckoo clock.

Mechanical cuckoo clocks require winding either each day or each week.  These are named 1 or 8 day cuckoo clocks.

Secondly, you can tell the difference between a mechanical or quartz cuckoo clock by the number of doors it has on the front where the cuckoo bird comes out.  Mechanical clocks have one door, where the Quartz have 2 doors. 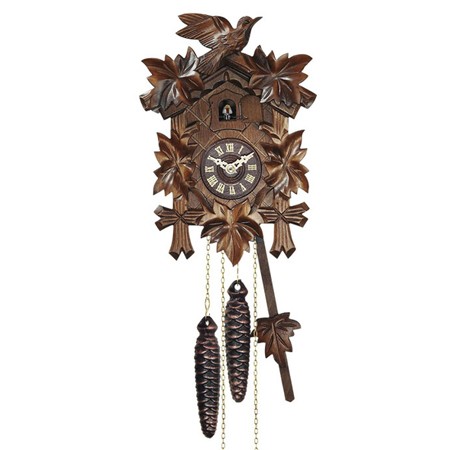 Mechanical clock that needs winding each day, featuring one door. 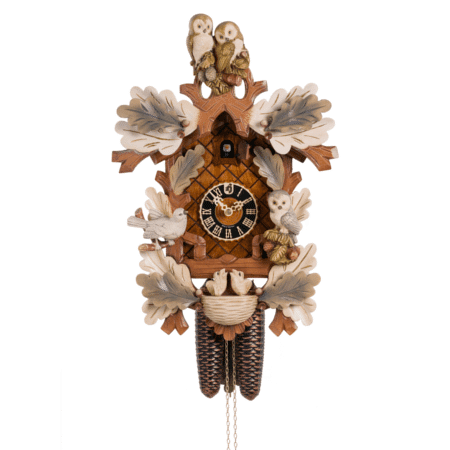 Mechanical clock that needs winding once a week featuring one door. 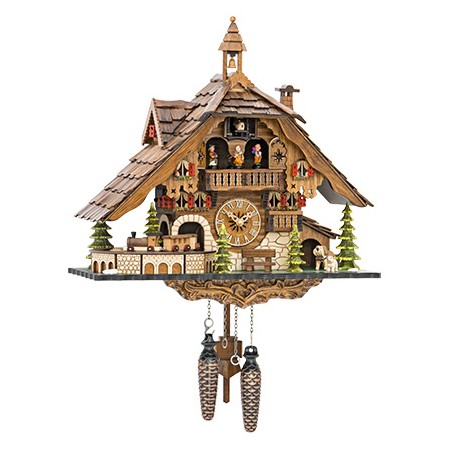 Battery operated clock with double doors that the cuckoo bird comes out.

There are two main styles of cuckoo clocks, one is the traditional carved style and second is the more modern chalet style. Both styles come in 1 day, 8 day or quartz.

The traditional carved cuckoo clocks are generally inspired by nature such as flowers, animals and leaves. A popular traditional cuckoo clock is the hunting scene which features the carved animals such as the stag, pheasant and hare, carved wooden hunting horn, rifles and also the satchel of bullet powder.

On the other hand, the chalet clocks are inspired by the chalets of Southern Germany. They often feature moving characters and parts which tell a story about the Village life in the Black Forest. Some of these characters include moving Clock Pedlars, Clockmakers, Lumberjacks, Woodchoppers and Farriers. The clock often features dancing figurines in traditional German costume as well as moving waterwheel and moving characters to tell a story. A popular Chalet clock is the bell-ringer clock where a lady in a German dirndl pulls the rope and rings the bell in the bell-tower (as per below). 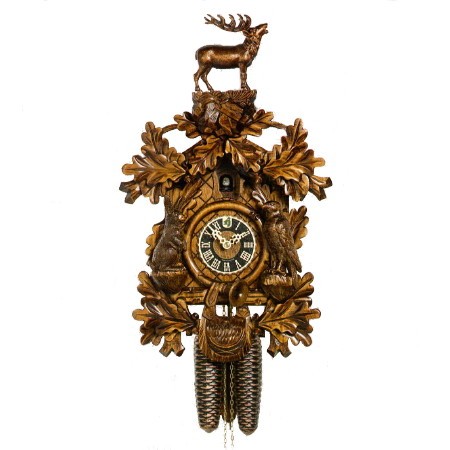 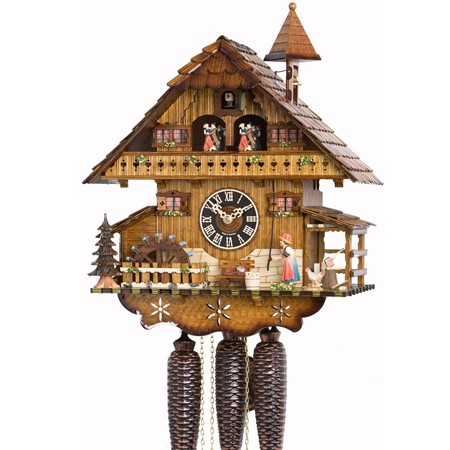 We also import specialty cuckoo clocks from Germany, like this beautiful hand-painted modern take on a traditional clock, which will fit with any modern decor. 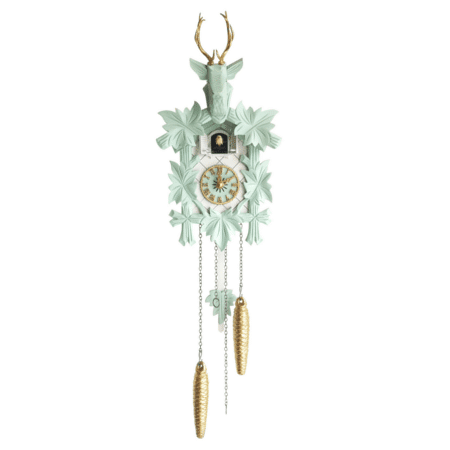 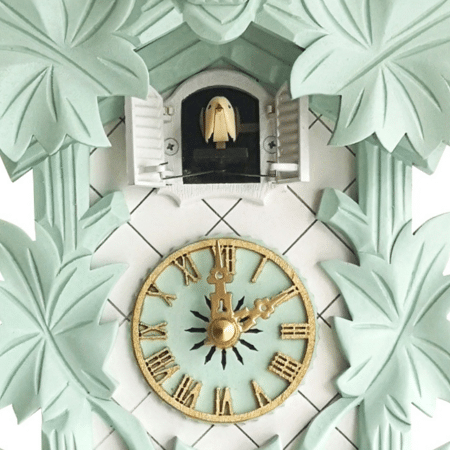 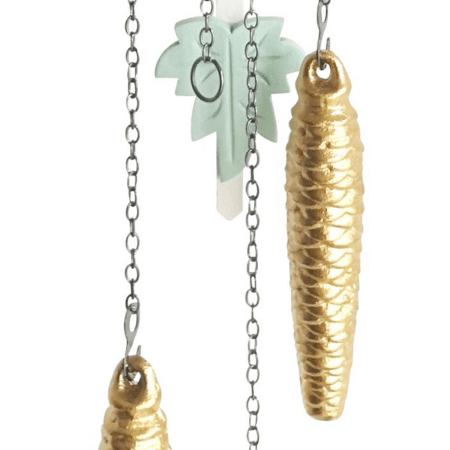 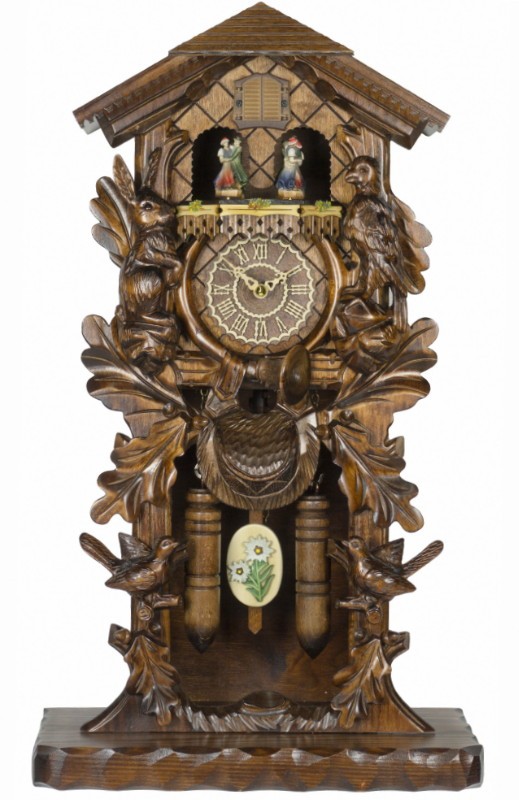 Most Cuckoo Clocks are designed to hang on the wall, however some are also mantel clocks.  Making it easy to move them around when you don't have the option of placing them on a wall. 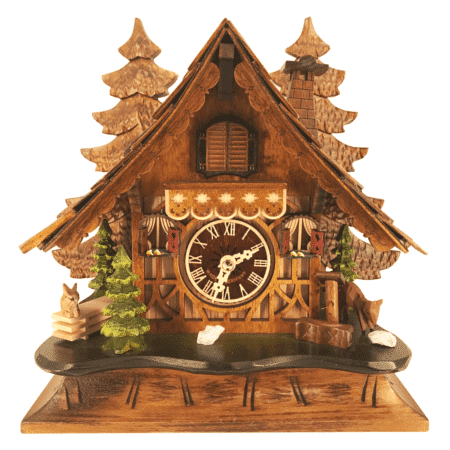 If you have a cuckoo clock you may want to visit our FAQs page on our website HERE for cuckoo clock instructions and trouble-shooting. 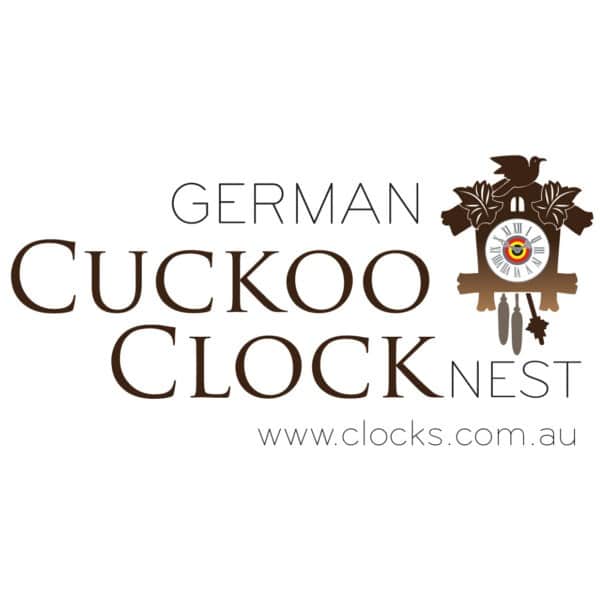