How the Grandfather Clock received its title:

This is a rather interesting tale because it sounds so unlikely! Grandfather Clocks used to be referred to as Longcase Clocks, however due to a highly successful song by Henry Clay Work in 1876, called Grandfather’s Clock, the name of Grandfather Clock stuck.

Why the Roman numeral 4 on clock dials is sometimes shown as IIII instead of IV ?

Now that we are going to point it out, you’ll probably wonder why you’ve never noticed it before! Yes, the roman number 4 on a clock is shown as either IIII or IV. Which one is correct? Well, you could argue both and the jury is still out on as to why it happens in the first place, but there are a few theories:

1. Historically, the Roman numeral for 4 was IIII, however a new system was brought in and IIII was replaced with IV. Some clock-makers stuck with the old and some with the new.

2. It may have something to do with the aesthetics of the numbers, but in particular how the 4 (IIII) looks in comparison with the 8 (VIII) on the dial.

3. There is a story of King Louis XIV receiving a clock that had IV at the 4 position, but he insisted that it should be IIII, so the clock maker changed it.

4. The other theory is that the Roman God Jupiter was written in Latin IVPPITER. It was not thought ok to have the God’s name on a clock face.

The positioning of the hands on clocks and watches is one of symmetry and what looks more appealing to the human eye. They are either positioned at 10 minutes past 10 or 10 minutes to 2. Because the hands are pointing up, the brain also interprets this as positive, whereas pointing downwards is the opposite. You will notice the many clock and watch maker insignias are also positioned between the hands at the top, because the eye is automatically drawn to this area due the position of the hands. 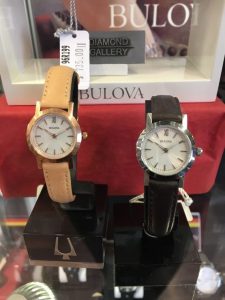 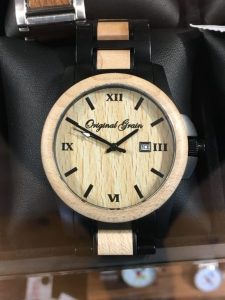 Marking the beginning of wooden clock making in the Black Forest, was the first mechanical clock called the Waaguhr. This was the first clock to be adopted by the middle class society in Europe. The clock had only one hand and a distinct chunk of rock from the Black Forest hanging underneath it as its weight.
Before the clock came about, people used candle clocks or hourglasses to time their tasks. The Waaguhr made this a much easier method.
The only downfall of the clock, is that it wasn’t terribly accurate. It would lose up to 15minutes a day. However at that time, it wouldn’t have been a huge issue, unlike using it today, where accurate time keeping is imperative. It is also a one day clock, meaning that it needs to be wound once a day to keep it running. Again, probably not a huge issue for the time, as their lives would not have been as busy and full as our modern day.
The mechanism of this clock is made of wood and is powered by a roughly hewn rock from the Black Forest. This clock is interesting to watch as a moving decorative piece, but should not be counted on for accurate timekeeping. 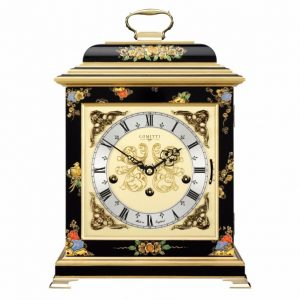 History of the first Cuckoo Clock

Deep in the Black Forest in Germany, in a small snow-covered village called Schönwald in 1750, the first cuckoo clock was invented.  The Black Forest artisans had been making their clocks as far back as 1640, however it was not until 1750 that the addition of the cuckoo with sound came about.

To hear the sound of the cuckoo in the forest is said to be good luck and this sound has been cleverly reproduced through the use of whistles that produce two different notes.

Clock Peddlers used to set out in summer to sell their clocks all over Europe, wearing traditional smocks and carrying all the clocks on their back on large racks.

Today these beautiful works of art are still crafted in the Black Forest by Masters of the trade handed down over 300 years.

A Tourbillon, meaning ‘whirlwind’ in French, counters the effects of gravity and movement within a watch.  It mounts the escapement and balance wheel in a rotating cage for when the watch is in different positions.

Developed in 1795 and then patented by Abraham-Louis Breguet in 1801, the single axis tourbillon was designed for pocket watches only, because once in the pocket, they rested in a vertical position. 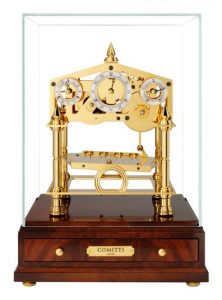 The Congreve, or Rolling Ball Clock, is named after its inventor Sir William Congreve (also an inventor of rockets) and is a favourite of clock collectors. The original clock was presented to the Prince of Wales in 1808 and is part of the Royal Collection at Buckingham Palace.

The Kieninger Clock Company has been a leader in its field for over 100years and is known for its quality and innovativeness.  Starting off as a family business, it quickly grew in size, employing many of the local farmers and townspeople.  Generation after generation became talented clock makers and to this day they are the oldest existing manufacturers of mechanical clock movements for Grandfather, wall and mantel clocks in the world.  They lasted through many crisis including the war, the boom of the quartz powered clock and cheaper products from the Far East, which saw many of the Black Forest clock makers declare bankruptsy.  Their success comes from sticking with their vision of creating high quality and technically advanced movements and clocks, which has allowed them to acquire many patents over their history.

An Englishman named Anthony G. Randall in 1977 created and patented a double axis tourbillon for a carriage clock.
Since the double axis tourbillon can only realize its full potential in wearable watches, Thomas Prescher, a German watchmaker, first examined his possibilities in a pocket watch so that the feasibility of his vision could be examined and later added to a wristwatch version. 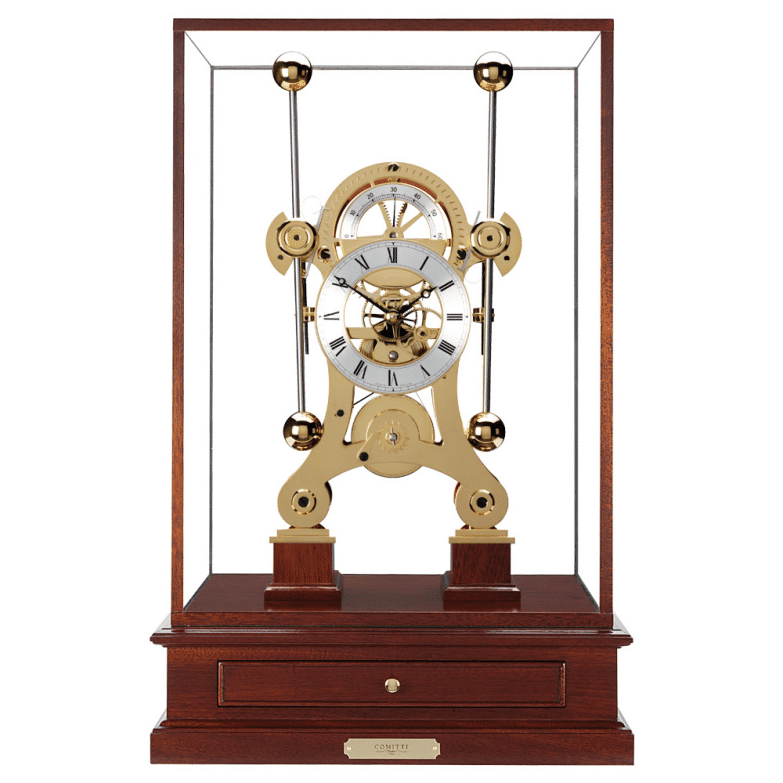 The Navigator – Inspiration that helped create the British Empire

The Navigator is a tribute to clockmaker John Harrison (1693 – 1776) who made the world’s first marine chronometer, and can be viewed at the Royal Observatory in Greenwich, London.  His unique timepieces made it possible for the first time for British naval officers to accurately calculate their longitude position.

This technical breakthrough gave an extraordinary advantage to the navies of Great Britain in their quest for global exploration, trade and Empire. This unique story is revealed by Dava Sobel’s best-selling book and the movie “Longitude”. The rhythmic movement of the pendulum balances brings the Navigator to life. 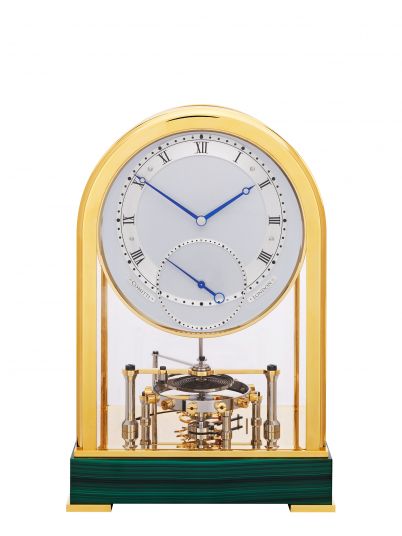 Inspired by the work of Dr George Daniels CBE (1926-2011), The Meridian timepiece features a jewelled version of his coaxial escapement and automatic winding system with a power reserve of over 12 months. This is a world first and a unique contribution to the art of mechanical clock making.

History of the Clock Chimes: